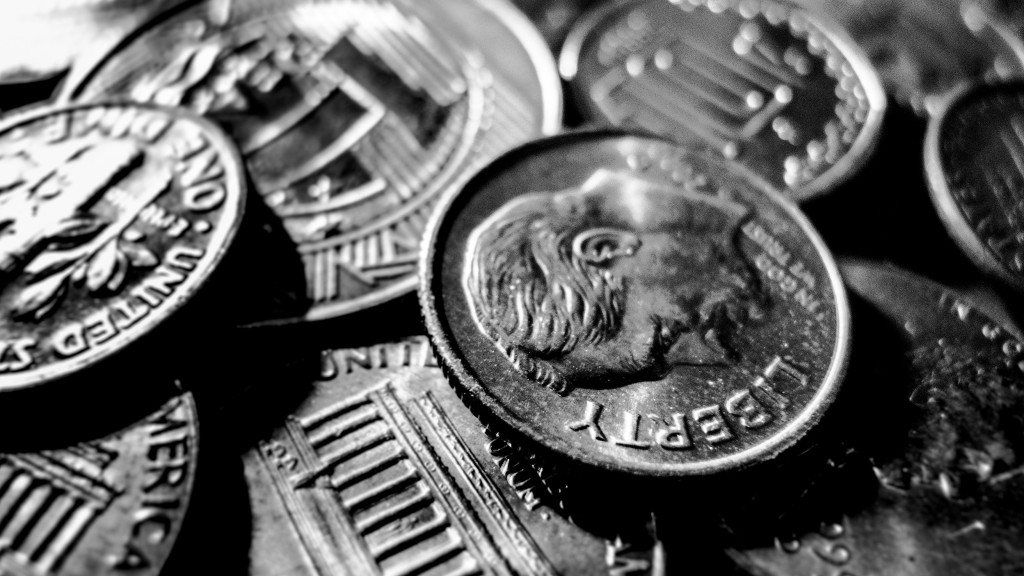 Derisking is defined as the practice of banks and other financial institutions exiting relationships with and closing the accounts of clients considered ‘high risk’. Nonprofit organisations (NPOs), along with money-service businesses and correspondent banks amongst others, are affected by derisking. This has led to NPOs around the world being unable to carry out their mandate, affecting aid and relief, as well as the campaigning for political and social change. It has also to led to funds being transferred through unregulated channels because of inordinate delays or even disappearance of funds transferred through regulated banking channels. Why is this happening? Why is banking nonprofits considered risky? And what can be done about it?

To comply with international rules and regulations to prevent money laundering and terrorism financing through their payment systems, financial institutions are obliged by law to report suspicious customers and transactions to competent authorities that deal with financial crime. Banks have resorted to meticulous screening of their customers for the risk of inadvertently facilitating money laundering or terrorism financing. The compliance practices of due diligence (DD) and know your customer (KYC) in order to avoid financial and reputational risk have affected banks’ relationships with nonprofits across the world. This has been further aggravated by a decline in correspondent banking relationships. Correspondent or intermediate banks have been withdrawing from relationships with respondent banks in many parts of the world. Correspondent banks lack confidence in the respondent bank’s ability to effectively manage AML/CFT risk. Profitability concerns also play an important role:  banks take a steely-eyed look at the risk/return ratio of such relationships, and a fear of large fines wins out most times over servicing customers in far-flung corners of the world.

Many NPOs, especially those that work in or around conflict zones, have been affected severely by these stringent requirements. Transactions of grant payments in support of local partners or vulnerable populations arrive too late or do not reach them at all due to delays at banks and corresponding banks, caused by enhanced due diligence requirements on the customer, the customer’s partner or the beneficiaries. This, coupled with the fact that NPOs are not banks’ most profitable customers, has led to the derisking by banks of NPOs. In addition, financial sanctions by the UN Security Council and the US to prevent terrorism and terrorism financing have added to the practice of the derisking of NPOs by banks.

Since 2017, the publication of research reports on the derisking of NPOs, and advocacy on the issue by the Global NPO Coalition and other civil society and humanitarian organizations have provided clear evidence that derisking puts tremendous strain on the sector.[1] The studies have further shown that NPOs have found ‘workarounds’ in order to continue their work of providing support to the most vulnerable and marginalized, even though these solutions such as hand-carrying cash across borders into conflict areas, using personal bank accounts for transferring and receiving funds, or resorting to the services of unregulated money transfer businesses, have all led to greater risk exposure for the organisations, their employees and their partners.

Evidence provided by NPOs showed that a major driver for the derisking of NPOs by banks is the way governments across the world interpret AML and CFT rules and regulations developed by the international standard setter, the Financial Action Task Force (FATF), within their national context. The  40 FATF AML/CFT Recommendations, and especially Recommendation 8 on the risk NPOs face for terrorism financing abuse, have had numerous, mainly unintended, consequences over the years and led to cases of overregulation, including infringements of the basic democratic rights of association, assembly and expression. Several governments have issued tighter rules and restrictions for nonprofits based, in many cases, on the FATF standards. Some governments have found it convenient to misuse the spirit of these standards to crackdown on civil society organisations that are inconvenient to their agenda (e.g., those that speak truth to power, those that campaign for human rights, land rights, minority rights or environmental rights, etc.), leading to the shrinking of the financial, operational and political space of civil society.[2]

The engagement with the Global NPO Coalition has, to a large extent, along with the backing of  a number of ‘civil society friendly governments’, ensured that the FATF takes serious note of the negative effects of its standards on the financial and operational space of civil society. This has resulted in the revision of Recommendation 8 in 2016, amongst others. More recently, in side events of the G20 both in Buenos Aires (2018) and Osaka (2019), FATF representatives alongside NPO, including the Japan and Argentinian C20,  banking and government representatives, have stressed the importance of G20 member states and other countries identifying solutions for the derisking practices of banks. The importance of countries conducting Terrorism Financing (TF) Risk Assessments, which includes assessing TF risks for the NPO sector, has been stressed. These assessments, together with the revised Recommendation 8 and its corresponding Typology and Best Practices reports, would provide the evidence-base for financial regulators, charity regulators and bank supervisors to develop compliance guidance for banks and NPOs on ways to prevent or mitigate terrorism financing risks.[3]

The FATF emphasises in its recently-published Guidance for TF Risk Assessment,[4] to which Global NPO Coalition members contributed, that countries need to understand the residual or net risk for TF abuse of NPOs. The guidance encourages governments not to view NPOs as inherently at risk for TF abuse but to value and validate financial and administrative measures already taken by NPOs to prevent risk. The Taskforce underscores what NPOs have been  stressing all along: that zero risk related to work in and on conflicts, human rights issues and humanitarian crises does not exist. [5]In this regard, the issue of derisking becomes of importance to both government and private donors, whose support to NPOs is predicated on the support of vulnerable populations affected by humanitarian crises, and groups and individuals whose rights are being violated by those in power.

Therefore, solutions for the derisking of NPOs need stakeholder approaches and dialogue where the compliance risks and ways to solve for these are shared and discussed. Currently, the Dutch stakeholder roundtable co-convened by the Ministry of Finance and Human Security Collective on financial access for NPOs is considered to be exemplary in terms of addressing derisking stemming from AML/CFT and sanctions, finding solutions and thereby improving the financial inclusion of NPOs.[6]  The UK tripartite working group on financial access is another example of a national roundtable where relevant stakeholders identify joint solutions to navigate the complex AML/CFT and sanctions landscape with the aim of facilitating payments, in support of humanitarian aid in particular. In Argentina, following through from the G20 side event, and led by an NPO coalition, a roundtable with banks and the government initiated a discussion on derisking which, in Argentina, is primarily a domestic problem related to potential money laundering and corruption risk detected in the sector by the government, and which seems to be in contravention of FATF’s Recommendation 8 and guidance on TF. At the international level, the World Bank and ACAMS have convened roundtables to primarily solve derisking in the US context through a number of work streams, the outcome of which is expected in the coming months. The World Bank, in collaboration with the Dutch roundtable co-conveners, also organized an international gathering of stakeholders in 2018[7] to address the issue. Another international initiative, supported by the Swiss government and EU ECHO, aims to develop risk compliance guidance for banks, governments and NPOs in order for payments to safely reach vulnerable populations in Syria.[8]

Each of these roundtables, in their own way and according to the geographic and thematic context in which they are conducted, addresses a key issue that needs resolving, which is to find a way to strike the balance between donor requirements – development, humanitarian or human rights – and regulatory requirements stemming from AML/CFT standards and sanctions. Understanding each other’s challenges to comply with these requirements is a major first step in owning up to an issue that can be described as  ‘Everyone’s problem but no one’s responsibility’. The next steps are: presenting internal stakeholder approaches to comply with AML/CFT and sanctions followed by identifying together where the gaps lie in addressing risks and then, finally, developing guidance that addresses each other’s responsibilities. Throughout the process, trust is built between stakeholders.

Global NPO Coalition members are already supporting a number of governments across the world on conducting TF risk assessments for the NPO sector. The outcome of these initiatives contributes to the validation of the current FATF TF Risk Assessment guidance, which can then feed into training modules that the FATF and the FATF-Style Regional Bodies (FSRBs) develop for the assessors when they conduct their country mutual evaluations. The Global Coalition is open to further supporting the FATF and FSRBs in improving their evaluation methodology concerning compliance with Recommendation 8, as well as the outcome indicator that measures effectiveness of the Recommendation, by providing suggestions to insert derisking-related questions and issues in the methodology.

Stakeholders that take part in the roundtable dialogue processes need to reach out to supervisors, including Central Banks, Financial Intelligence Units and other authorities responsible, e.g., for compliance with the EU General Data Protection Regulation (GDPR), as these stakeholders too need to own up to preventing the derisking of NPOs that are not at risk of terrorism financing or in any way implicated in economic and financial crime.

Lastly, the fast-growing sector of financial technologies that promise virtual solutions for NPO payments to at-risk countries and populations needs to be better understood by affected NPOs and their donors in order to decide whether they can truly help solve derisking-related problems.

[1] HSC and ECNL (2018). At the Intersection of Security and Regulation: Understanding the Drivers and Impact of ‘Derisking’ on Civil Society Organizations. http://fatfplatform.org/wp-content/uploads/2018/05/Understanding-the-Drivers-of-De-Risking-and-the-Impact-on-Civil-Society-Organizations_1.pdf

[2] One of the FATF’s 40 Recommendations (Recommendation 8) specifies a broad requirement to regulate the nonprofit sector as a whole for greater transparency and accountability. Nonprofit organisations (NPOs) were viewed as being ‘particularly vulnerable’ to abuse for the financing of terrorism – till the wording and discourse were altered in June 2016 to apply to those ‘non-profit organisations which the country has identified as being vulnerable to terrorist financing abuse’ and to emphasise ‘focused and proportionate measures, in line with the risk-based approach’. But the damage had been done. An entire sector had been tarred with a broad brush without an adequate evidence base.

[6] Speech by Queen Maxima of the Netherlands, the UN Secretary-General’s Special Advocate for Inclusive Finance for Development at the Group of Financial Intelligence Units Plenary Meeting in The Hague. July 2019. https://www.hscollective.org/news/timeline/queen-maxima-discusses-derisking-of-npos/