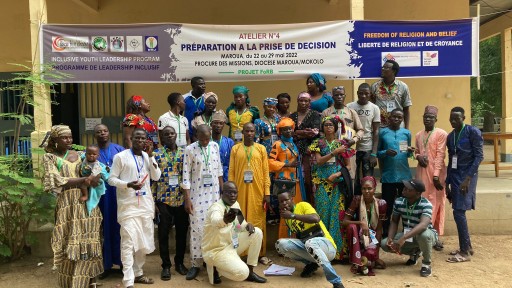 From May 22 – 28, Human Security Collective and our partner Dynamique Mondiale des Jeunes (DMJ) organized the fourth Inclusive Leadership Workshop as part of the Freedom of Religion and Belief programme in the far North of Cameroon. In what was an intense week, thirty young leaders reflected upon their achievements in the community development initiatives they had undertaken over the course of the project, and also looked back upon the challenges and obstacles faced. A key element of this workshop was engaging directly with decision makers in order to prepare the young participants for leadership roles in the future. We believe that it is essential to facilitate dialogue between citizens, local leaders, and security forces, in an attempt to bridge the gap and create trust between decision makers and the communities they represent.

Together with our partner DMJ, we therefore set up dialogue sessions between young peacebuilders and administrative authorities including the subprefect, the mayor, and the police chief of Mokolo, as well as the brigade commander and the traditional leader or Lamido of Gazawa. For many of the young mentors, it was the very first time that they were engaging with senior administrators in frank debates over issues of security and civic participation. 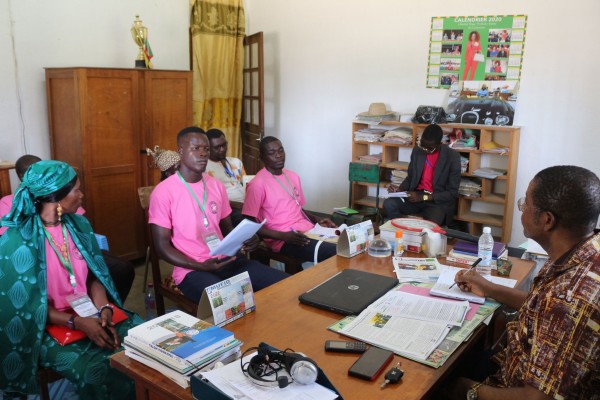 We also had the opportunity to visit our workshop participants in their towns and villages, in order to better understand the impact of our programme. In the village of Aissa-Hardé close to the Nigerian border, we saw firsthand the effects of our capacity building and project funding efforts. Together with the Local Interreligious Peace Committee (CLIP), mentor Tchari Adam re-mapped cattle herding routes in order to significantly reduce conflict between herders and farmers which has increased in recent years due to the presence of Boko Haram. In nearby Mora, we met a group of women who had been displaced and traumatized as a result of Boko Haram attacks, and whose participation in cultural activities with the local CLIP helped them integrate with the local host community who had initially viewed them with suspicion and mistrust.

We also had the chance to meet with the newly inaugurated departmental chapter of the Civil-Military Platform in Mayo Sava. This initiative, integrated into the FoRB project and implemented in partnership with a consortium of local civil society organisations, contributes to better cooperation between human rights defenders and security forces in a region which continues to suffer severely due to the ongoing conflict. The existence of structures such as the Platform and the closely-linked Human Rights Observatory allows civil society to raise sensitive issues with security forces and advocate for peace and justice. 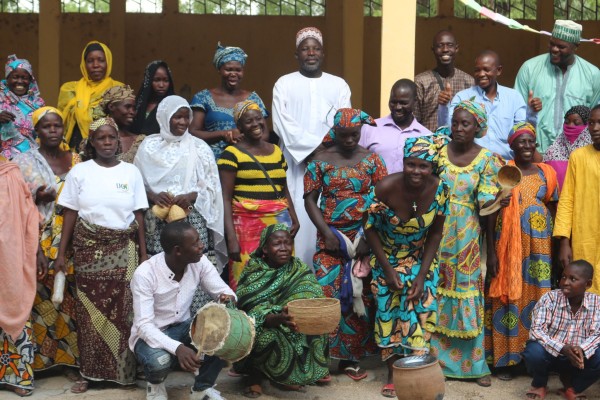 Related project: Freedom of Religion and Belief in Cameroon and The Philippines