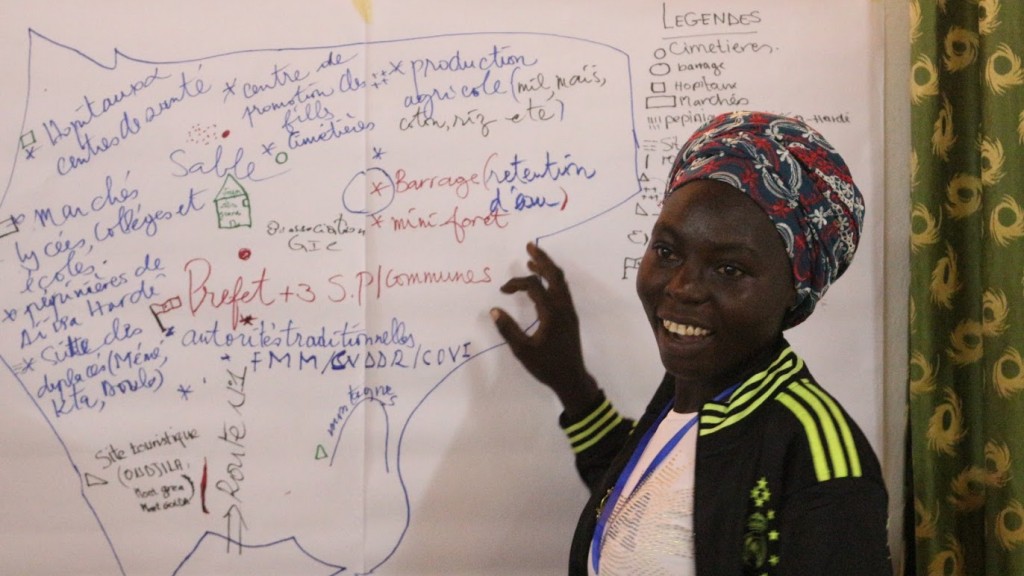 Between 4 and 7 November, 31 Youth Leaders from across Cameroon’s Far North gathered in the regional capital of Maroua to work on issues related to human security in their local areas. The workshop was organized by Human Security Collective and Dynamique Mondiale des Jeunes as part of the wider Freedom of Religious Belief progamme, and is the first in a planned series of trainings on youth leadership. The group of participants included young women and men from a range of ethnic and religious backgrounds whose communities have been among those worst-affected during the ongoing Boko Haram crisis. Over four days, they explored a number of concepts, tools, and techniques with the goal of developing initiatives through which young people can take an active role in shaping their own futures. Among the topics covered were conflict analysis, non-violent communication, community mapping, and project design – all with a focus on the major problems and concerns which young Cameroonians face in their everyday lives. The participants also benefited from the opportunity to meet fellow young leaders from across the region, as they were able to exchange knowledge and expertise on a wide variety of subjects including access to birth certificates, health sensitization, and inter-religious disputes. Following intense and productive days in Maroua, the youth leaders returned home with the intent to act as mentors and share the acquired skills with other members of their communities. Prior to the next workshop, they will start to work on developing grassroots initiatives of their own, with the aim of making a lasting contribution to peaceful coexistence and social cohesion.