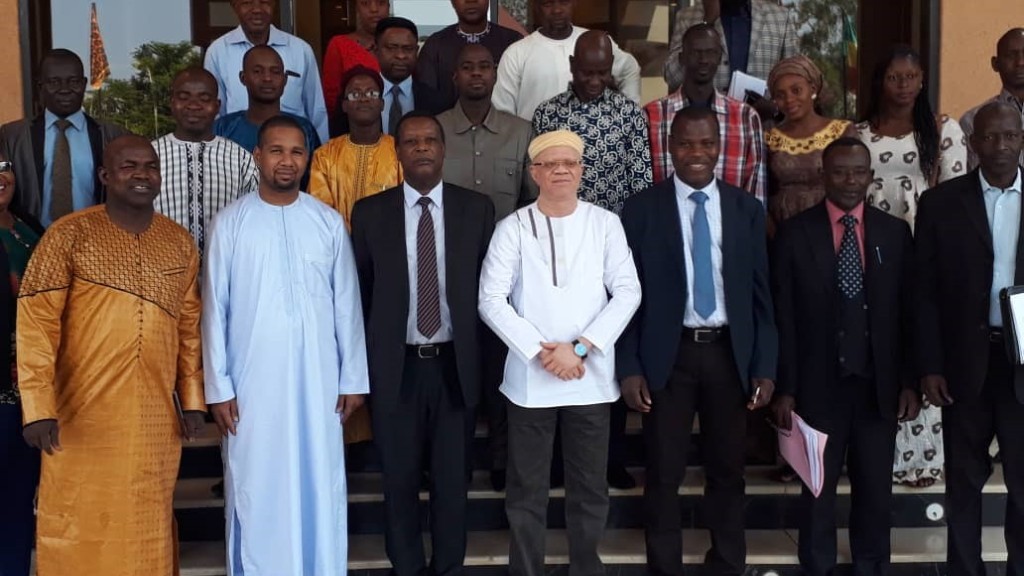 HSC supported a regional workshop of actions building synergy for advocacy on the regulation of places of worship as well as the regulation of religious discourse to prevent and fight against violent extremism in the G5-Sahel countries. This workshop, which took place in Bamako on the 4th and 5th of March, was part of the implementation of the ARC (Addressing Root Causes) programme, and was organized by the youth network of the G5 Sahel countries and chaired by the Ministry of Religious Affairs and Culture of Mali.
Given the importance of the theme, institutional, academic, religious and other representatives were invited to this workshop. Youth networks of the G5 Sahel countries also took part, as did religious leaders, representatives of CELLRAD (Cellule Régionale de Prévention de la Radicalisation et de l’Extrémisme Violent) from Niger, Burkina Faso and Mali, representatives from the Ministry of Youth, journalists, and various experts.
Each country, to a varying degree, is active in regulating worship and religious discourse. Niger has a strong political commitment to regulate sermons and places of worship, as seen in the signing of two circulars in 2006 and 2014, as well as in the creation of a national committee in charge of inter- and intra-religious dialogue to prevent violent extremism. In Burkina Faso, the Federation of Islamic Associations is engaged in the prevention of and fight against violent extremism by denouncing deviant behaviour on one hand, and a demonstrated willingness to locate worship based on law on the other. In addition, there is an Islamo-Christian framework to disseminate religious discourse for peacebuilding, an observatory of religious facts as well as a consultation framework involving both customary and religious aspects. In Mali, the adoption of the National Policy to prevent and counter violent extremism and terrorism (PNLEVT) and its action plan (2018–2020) shows the government’s willingness to create a secure environment. Moreover, the national policy of religious affairs and worship, including action plan 2019–2021, has been elaborated upon and adopted, with Law No. 86/AN-RM of 21 July 1961 relating to religious freedom and practice of worship in the Republic of Mali reviewed.
Based upon the above development, the participants committed to:

Related project: Addressing the Root Causes of Conflict and Violence in Mali