Article - The Shadow of Ignorance 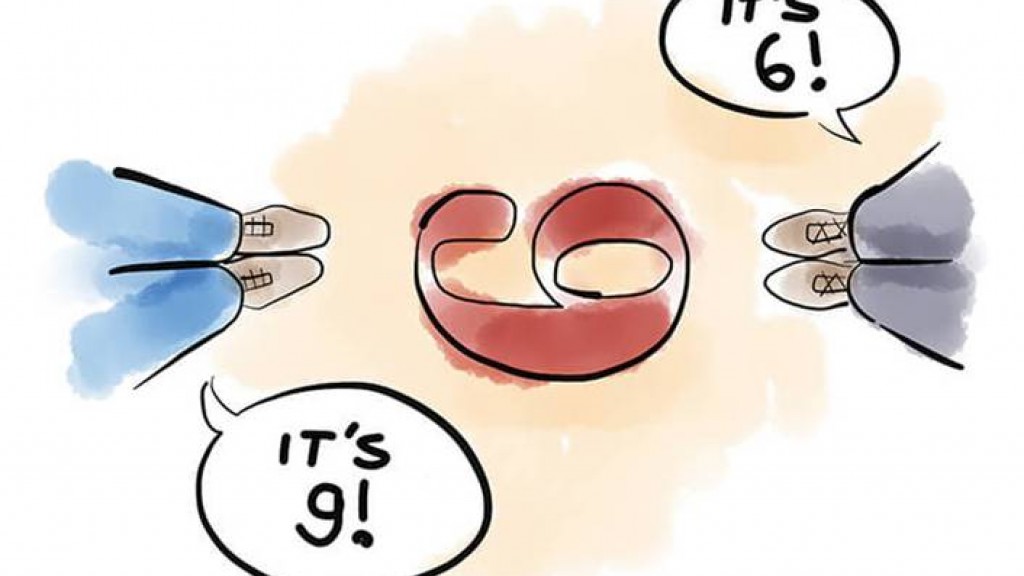 The following is an article written by Lamis Ben Aiyad of Tamazight Women's Movement, Libya (an HSC partner organization in the 'Women and Youth as Bridgebuilders' programme).

A lot of us lately have been hearing generic terms with no tangible meaning, such as intersectionality, identity, and even ethnicity. But what if I tell you that you are every single one of these terms, would you believe me?

You probably wouldn’t and you shouldn’t, after all, I’m just an unknown person writing about my thoughts somewhere in this massive blue planet. However, allow me to present my case.

If you check a dictionary for the definition of intersectionality, you’ll find the following:

“the complex, cumulative way in which the effects of multiple forms of discrimination (such as racism, sexism, and classism) combine, overlap, or intersect especially in the experiences of marginalized individuals or groups.”

To me, however, intersectionality is a young native woman from Libya pursuing to make her life and the lives of others around her just a little bit better because she took it upon herself as a responsibility to simply do good.

We all identify with certain beliefs, categories, agendas, and values. But have we ever stopped to think about what happens once we encounter someone with a different belief, agenda, or values? Take a second…

Violence, Hostility and even War.

Only because we couldn’t understand the other side's believes and values. If we unwrap the core of every single logical hostile aggression, we would conclude that each of them neglects the other side’s story. The inability to see the situation from the other person’s perspective, and not understanding their believes and values ultimately concludes in violence, oppression, and injustice.

A woman was waiting at an airport one night,
with several long hours before her flight.
She hunted for a book in the airport shops,
bought a bag of cookies and found a place to drop.
She was engrossed in her book but happened to see,
that the man sitting beside her, as bold as could be. . .
grabbed a cookie or two from the bag in between,
which she tried to ignore to avoid a scene.
So she munched the cookies and watched the clock,
as the gutsy cookie thief diminished her stock.
She was getting more irritated as the minutes ticked by,
thinking, “If I wasn’t so nice, I would blacken his eye.”
With each cookie she took, he took one too,
when only one was left, she wondered what he would do.
With a smile on his face, and a nervous laugh,
he took the last cookie and broke it in half.
He offered her half, as he ate the other,
she snatched it from him and thought… oooh, brother.
This guy has some nerve and he’s also rude,
why he didn’t even show any gratitude!
She had never known when she had been so galled,
and sighed with relief when her flight was called.
She gathered her belongings and headed to the gate,
refusing to look back at the thieving ingrate.
She boarded the plane, and sank in her seat,
then she sought her book, which was almost complete.
As she reached in her baggage, she gasped with surprise,
there was her bag of cookies, in front of her eyes.
If mine are here, she moaned in despair,
the others were his, and he tried to share.
Too late to apologize, she realized with grief,
that she was the rude one, the ingrate, the thief.

As we can see from the poem, we only see objects/situations from one point of view. However, that statement is also false!

Bear with me here because it can get a little confusing…

We see situations and tangible objects which are finite, yet our brains function via interpretations of those objects, and those interpretations are infinite. For instance, if we see a beanbag; our brain instantly recognizes the different functions that we can use the beanbag for, whether to sit on it, use it as a décor, or even hide valuables within the beanbag. That being said, understanding that what we see is never the same experience for another person, is crucial to being empathetic.

If we understand that every person looks at things depending on their identities, values, needs, and even ethnicity, we would be able to deepen our knowledge and realize that everyone sees things differently.

Indeed, many people would only look at something from their own perspective and only consider their experience as the most valuable, neglecting the experiences of others. However, I am not saying that they have bad intentions, but if we keep looking at things from a single perspective, our vision will always be partial and distorting, as we will keep excluding a great majority of people thinking that we're doing the right thing.

One of the crucial pillars of Human Security recognizes that there are several dimensions related to the feeling of being included, thus the thing that we need to take into consideration is that sometimes identities overlap causing multiple aspects of discrimination to an individual, but people can only understand the discrimination that this person faces based on an identity that both the person and those people have in common, whilst they will not understand the other identities that the person faces discrimination upon, hence we need to widen our vision to include other identities, because these identities are as valuable as yours.

The diverse identities within me allowed me to see things that people with a single perspective can't see, hence I can depict how diversity can form a harmonized community the way it created harmony within me.

Lamis Ben Aiyad is a young woman from the indigenous people of Libya. She is a team leader with the Tamazight Women Movement Organization with which she highlights discrimination faced by women through their intersected identities. Lamis advocates for peace and gender equality, she emboldens young women to participate in decision making, and raises awareness regarding gender-based violence through documenting the stories of young women and indigenous people in Libya, organizing discussion panels in Tripoli and the Amazigh region, capacity building and research.

Tamazight Women’s Movement (TWM) is an indigenous feminist organization that focuses on women’s issues from an intersectional perspective. Tamazight Women’s Movement promotes political participation on the local level, addresses gender-based violence and works with women affected by conflict. The main issues are addressed with research, capacity building and advocacy, and so an array of activities are arranged in Libya.